You are here: Ekberg Sporthorses › about 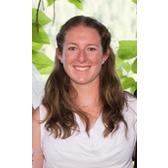 Karlin is a native to Washington State. She was raised in Tukwila, WA which is just south of Seattle, WA. After graduating high school she and her horses moved to Pullman, WA to attend school at Washington State University (WSU). On completion of school at WSU she earned a Bachelor of Sciences in Animal Sciences degree. During her time at WSU Karlin managed her horses in a self-care boarding situation while working for the College of Veterinary Medicine at WSU in their large animal research and teaching building with occasional help in the small animal teaching and research facilities too.

Aside from school Karlin has also been involved in Pony Club. She achieved her traditional C3 certification before attending college. Before college Karlin was an active 3 day eventer. She competed up to Preliminary, qualified for and participated in United States Pony Club West Coast Championships in Sacramento, CA in 2003 and 2006 both times in the show jumping discipline at the Horse II level (3'6" (1.10m) with qualifying at 3'9" (1.15m)). Karlin and her first pony Chance to Shine, a 14 hand Connemara/POA gelding born in 1993, competed up to Training level and in the 2003 USPC West Coast Championships before he was sold to a show jumping home in 2004. In November of 2012 Karlin was able to buy Chance back from a show jumping family in California. 2013-2015 Chance (20-22 y/o) was leased to a teen age rider where he got to enjoy competing in eventing again. 2015-present Chance (22 y/o) is leased to an 8 y/o rider as a move up pony to learn canter, jumping, Pony Club, and eventually will do some shows again. Cleirvoyant took over as Karlin's eventing mount after Chance was sold. Mac, as everyone calls him, is a 16.1 hand 7/8 TB and 1/8 Percheron gelding born in 1997. During their partnership they competed up to Preliminary and in the 2006 USPC West Coast Championships. Currently Mac is enjoying the semi-retired life hanging with the broodmares, foals, and other retired horses after lacerating his heel-bulbs open in October 2011. Over 2 years after his accident he finally looked sound and hopefully he can resume some work which will cut into his "girl time". Update on Mac - Spring and Summer of 2015 he actually stayed sound for riding work and got ridden all of 6 times bareback so he hasn't had his "girl time" reduced too much yet.

Compiling all of Karlin's past experiences and knowledge she now manages her horses on property she owns. Every little girls dream right?! In addition to caring for horses, she manages a very small breeding operation, custom rehabilitation care, equine retirement care, general boarding, and works for Kittitas County. 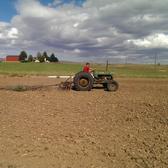 Clinton is an important role in daily activities and facility help. He has been known to ride every now and then but most of the horse activities is left to Karlin. His support here is irreplaceable. 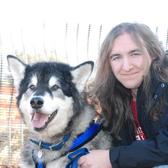 Erik is the key role in our website development and maintenance. The site is absolutely not possible without him! 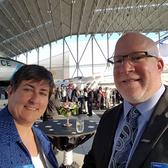 This farm could not have existed without their help! Even though they don't help much on a daily basis their unyielding support makes its impression known everyday. In 2012 they were willing to take the plunge with Karlin and none of them have looked back since becoming farm owners. The projects never seem to end which is always an adventure. Each year something new gets completed and the place continues to improve.

They keep daily operations interesting and give the ponies attention. Also well qualified as young horse desensitization teachers. Can't have a day without them enjoying the barn life!